Let’s face it: most TG fiction is pure wish fulfillment. Even the stories where something bad happens to the hero—being subjected to unwanted surgeries or forced into prostitution or any number of other atrocities—it turns the crank of somebody’s fantasy wheel, at the cost of both character and narrative credibility. But I feel there’s still room in the genre for some social satire, and I try to work it in here and there whenever it fits the story. This caption is one such example, which is set in a near future where a radically right-wing government has banned the kind of gender bending we all know and love. Hopefully something like this never comes to pass, but alas it doesn’t strain the credibility meter as much as it once would have. Try to enjoy!

This caption could be thought of as existing in the same universe as two stories from last year: “Selling Out” and “Feminization: It’s the Law“.

P.S. This caption is simply too wide to display in a readable size, so here’s the JPG for all you collectors. Click the image icon for the caption in PDF form. 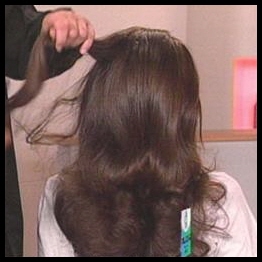