Despite the importance of this holiday to the TG community, I haven’t used Halloween all that often in my own writing. So just for fun—and to encourage me to maybe do better next year—I’m posting a quick roundup of my Halloween captions and vignettes.

Most recently, duh, was yesterday’s caption “Flashback“, but you already knew that.

Two years back I did post a caption on October 31st, so even though “Miles to Go” doesn’t actually mention Halloween (like, at all), I’ll toss it in here for the sake of completeness. (I can do that ’cause it’s my website, so all you haters can zip it.)

In my own defense, I did post a Halloween-themed cap earlier that month. “The Lovely Miss Weasley” is that thing where a guy goes to a party as a girl and then realizes he wants to be a girl for real. Haven’t we all, right?

Before that, you have to go all the way back to 2011’s “Halloween Housewife“, which is the standard trope where a guy dresses up as a girl for a party and no one twigs that he’s not actually a girl. I’ve so been there.

In 2010 we find “Maid for Halloween“, a three-page vignette with rather unrefined graphics. Here, a mother transforms her college-age son into a woman for the nefarious purpose of setting him up on a date with a male co-worker. Exactly why she does this is never explained, but things do get rather hot-n-heavy at the end so why bother looking deeper than that?

Finally, way back in 2007, we have “Halloween“, a four-page vignette with very basic graphics (although the woman’s pic is one of my all-time favs). Now we’re deep into the Halloween cross-dressing trope. Here, a mother transforms her teenage son into a copy of herself, while at the same time disguising herself as the son. Again, her motivation is a bit thin on the ground, but it seems to involve him being kissed as a woman and some of the usual “now you know what it’s like to be me”. I think this tale captures something very basic about the Halloween TG experience; not so much in the reality of what costume we might wear on the night, but in what it means. In essence, it’s the mother re-living her own childhood by turning her son into her younger self. And if that seems just a little too deep for a holiday that’s all about the kids, join the club. I am so outta here. 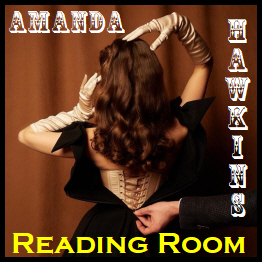 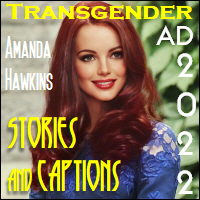 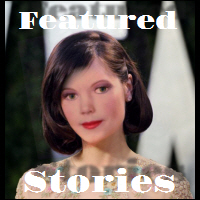